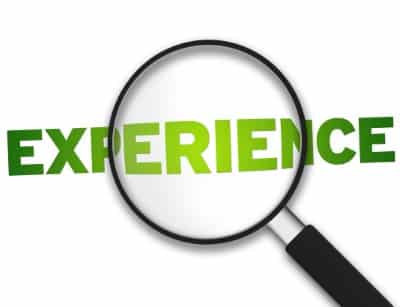 For years, IT has loved sending customers surveys to measure satisfaction with the service provided. Some of us have good intentions of providing that feedback (positive or negative) with the purpose of improving service for ourselves and others. Unfortunately, by about 6 pages into a 15 page (or more) survey we give up and lament that a nap is needed. So after the closure of a recent support ticket, when I received an email with just a two-option survey, I was happy to provide my feedback.  And that’s when my Support Experience went from bad to worse.

First let me brief you on the support issue for which I received the survey. I did not feel the issue was handled well including a lack of response, lack of clarity and ultimately a lack of resolution. The service provider failed in my eyes in many ways, and I was ready to provide details on this and other issues I’d had with them including:

After I informed Support that we had corrected the issue and we no longer needed assistance, I received the survey email with two options “SATISFIED” and “DISSATISFIED” and that’s when the frustration really began.

I had no intention of filling out a survey with words of stress, anger, and hate. However, I did intend on providing details of my frustration and areas I think they could improve service for myself and other customers. I clicked “DISSATISFIED” and prepared to provide my feedback. I was met with the following screen:

I was asked to provide feedback on a support issue where Support had not performed, and the survey link sent me to a page where I was not able to provide the support.  I seriously doubted the Service Provider’s statement that they would “love to hear what [I] thought of their customer service.”

I provided the screenshot above to the Service Provider’s Support Manager along with the feedback I was going to provide via my survey response. I received an apology for the issue and was told a ticket was raised internally “in hopes of preventing future errors.” Additionally, I was provided reasons for each of the issues I had raised. There was not a hint of solutions they intended to implement or any indication that they were going to address my concerns at all. I indicated that their reply was as disappointing as their response to the support issue in the first place.

I did not receive any further replies from Support or the Support Manager on this issue or my feedback, but the next day I received an email with a follow-up survey.  Clearly, they had fixed the survey issue and had re-sent it to me to officially get my feedback. Surely, they had listened to at least some of my feedback and had worked to make improvements.  I opened the new survey email and clicked on the “DISSATISFIED” button and received the following:

Why do I feel like someone at the Service Provider is ordering cake to celebrate the vast reduction in recent negative survey responses?

UPDATE: It’s been over one month since I received the original survey email and reported the issue with the link and it still has not been fixed.