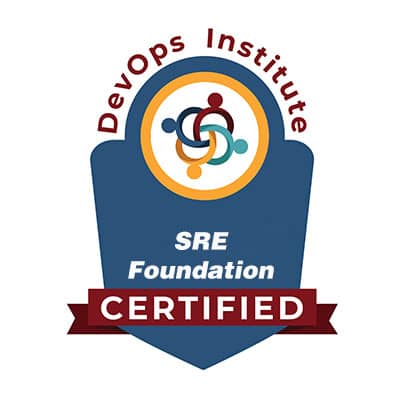 One of the aspects of ITIL 4 that has impressed me the most is the integration and reference to so many other best practices and frameworks.  One such reference is to Site Reliability Engineering aka SRE.  SRE was originally developed by Google in the mid 2000s as a way of operating and administering productions system with a software development mindset.  One of Google’s key drivers in building out SRE was to help bring developers and operations people together.  Sounds like DevOps, right?  In reality, they come from the same mindset, but there are key differences.

Google only recently started sharing the SRE concepts.  It was their secret sauce and a way to be far more effective in operating their systems and maintaining a highly reliable environment.  However, over time, they realized that it would be better for them to share their methods, so the language they used could be better understood by their customers and the teams they worked with.  If you are reading this article, then you are probably familiar with one of the key values of Service Management and a core driver in developing ITIL in the first place: the need for a common language.

There have been many questions and misnomers in recent years such as “Is DevOps replacing IT Service Management?”, “Are SRE and DevOps the same thing?”  and “Do I need them both” Well in all honestly, they are complementary and overlap a bit, but all together serve the greater purpose of co-creating value.  ITIL 4 pulls these concepts together well and is described in some detail in ITIL 4’s High-Velocity IT (HVIT).

SRE is much more prescriptive than DevOps. DevOps is based on a set of guidelines but lacks much of the details of how to operate it, which is a big challenge for organizations looking to bring DevOps best practices to their teams.

SRE, on the other hand, is not only more dogmatic, but also is much more focused on bringing the operations aspect into the fold, and doesn’t just focus on software development lifecycle.

I must acknowledge that I myself need to learn more about SRE, so I was really excited to hear that our partner ITSM Academy has recently launched a new class called SRE Foundation, accredited by the DevOps Institute.  The first class is being held September 22nd – 25th, 2020.   If you are interested in attending this class or future sessions or would like additional information, please click here.  I hope to see you in our first class.